When Ghana’s Shea industry takes on the path of sustainability 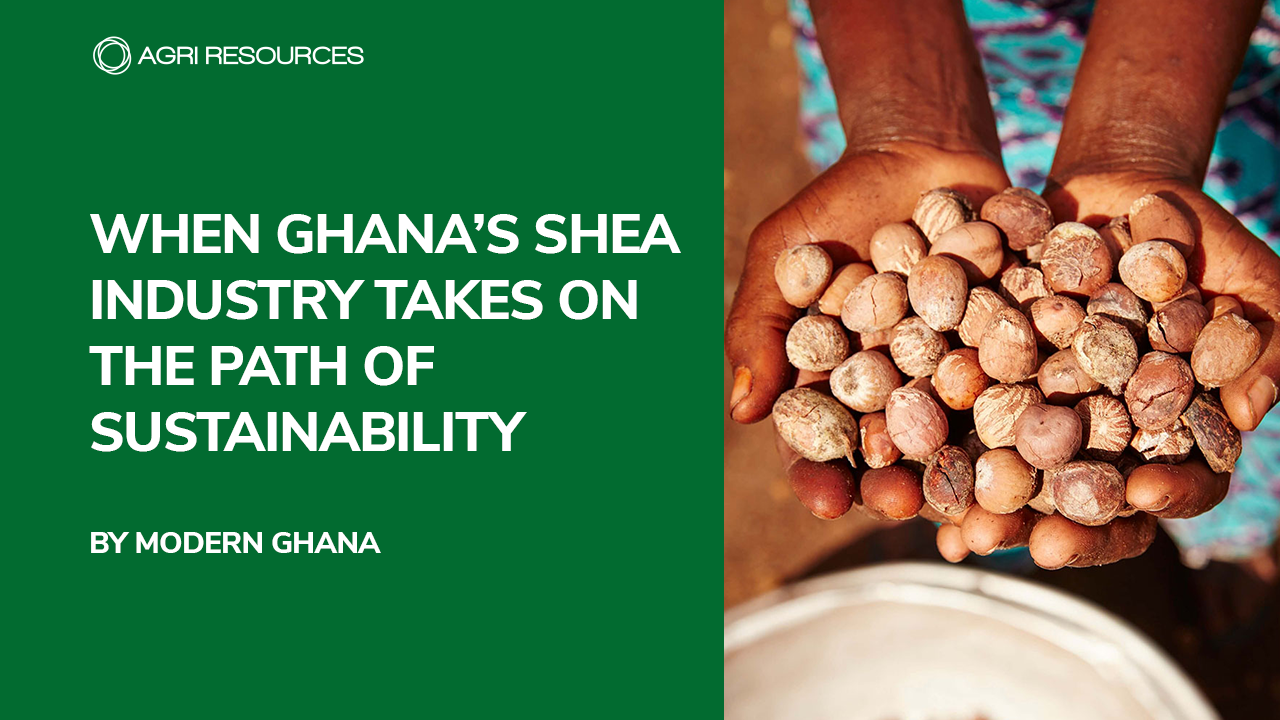 With a global Shea butter market expected to reach USD 3 billion by 2027, African countries are competing against each other to gain market share. In Ghana, the largest exporter of unrefined Shea butter, both public and private players have been pooling their efforts to develop strategies aimed at spurring growth in this sector, which employs more than 600,000 women. At the core of these strategies, are two key imperatives: improving farmers’ livelihoods and preventing deforestation.

Ghana’s exports of Shea butter and its by-products have experienced strong growth in recent years, reaching USD 90 million in 2018. As a source of employment and income for a large part of the rural female population, Shea butter farming has benefited from various support programs in the last decade.

An industry that has seen interest from various stakeholders

Vice President Bawumia’s announcement on the launch of the Ghana Shea Landscape Emission Reductions Project (GLSERP) on 11th February came as a relief for those involved in the sector. With an endowment of USD 54.5 million, this project aims at mitigating the effects of climate change on the fragile ecosystem of the Northern Savannah landscape, as well as improving the Shea value chain in the country.

The launch of this much-awaited initiative complements projects that have been developed over time by stakeholders such as the Global Shea Alliance. Since 2011, this non-profit association based in Accra, has established local partnerships with a view to introducing more sustainable practices in Shea farming. Helping to drive this momentum towards more sustainable production of Shea, is Prang Agro Resources, a subsidiary of Agri Resources Group (the agricultural arm of Monaco Resources Group ).

A member of the Global Shea Alliance, Prang Agro Resources, has been working closely with local communities in agro-related activities since starting its Ghanian activities in 2017. The company’s latest initiative, part of its CSR policy, and in collaboration with local chieftains, focuses on the development of a Shea industry in Prang and the empowerment of local communities – in particular women, who are the majority workforce involved in the Shea industry.

“Women’s empowerment is an important part of our work. After mapping the trees on the concession, we realized the socio-economic and environmental potential of developing a Shea butter production and processing industry here in Prang. This led us to launch this initiative locally in Prang.” said Kodwo Osei Sarfoh, General Manager of Prang Agro Resources.

For the launch of this initiative, Prang Agro Resources will start with the training of one hundred women. The company plans to recruit a Shea certificated officer who will be responsible for providing them with training in good agricultural practices.

One of the bottlenecks hampering the Shea value chain improvement in the country is the access to certification. To access international markets and offer competitive products, local producers must be able to certify their production. Most of the producers have not sought such certification because of the significant time and cost associated with achieving this. However, Prang Agro Resources has engaged in a process of obtaining certifications, guaranteeing that the Shea butter sold is produced in an organic way, and in accordance with good agricultural practices.

“Our commitment will not stop there. We also plan to organize workshops to raise awareness about the preservation of Shea trees. The launch by the government of the GLSERP is in this sense an initiative to be commended.” added Kodwo.

The various public and private initiatives of the past few years suggest that there will be significant improvements in the way Shea butter is grown in Ghana. Along with the programs it initiates, the government must encourage the launch of projects such as the one in Prang which creates economic opportunities for local communities whilst also taking into account key environmental imperatives. Combining the two will allow Ghana to maintain its position as a top ranking exporter, and also to be a leader in sustainable Shea farming.