Brasco strengthens its commitment to developing the rice sector in Congo

Engineers from the Japanese International Cooperation Agency (Jica) visited, on October 14 in Louvakou, in the Niari department, the site of Agri Resources Congo, an agricultural partner of Brasseries du Congo (Brasco). The objective is to support the development of the rice production sector in the country. 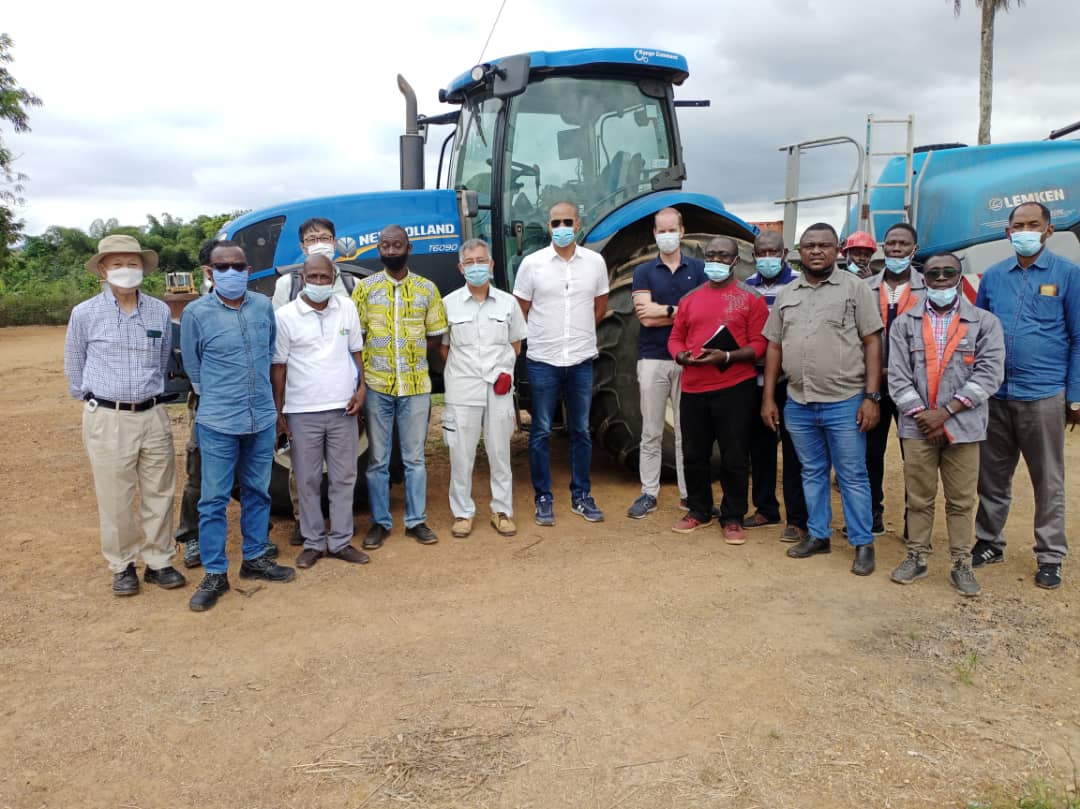 Photo: Visit of the Louvakou site for the development of the rice sector

The visit of engineers from the Japanese agency will promote the creation of a partnership to accelerate the economic and social development of the country thanks to their expertise. “This important initiative, of which Brasco is at the origin, shows that the brewer is continuing on his path as a committed player alongside the Congo to carry out a responsible agricultural transition,” said François Gazania, general manager of Brasseries du Congo.

One of the major priorities of the Congolese economy today is its diversification, both to create jobs and to ensure the country’s food self-sufficiency (read more about our approach). In this sense, the development of this new production sector can only arouse interest. On a continent-wide scale, rice is the second most-consumed cereal after maize, but it is West Africa that has pioneered by significantly expanding its rice-growing areas. Even though it is cultivated in forty of the fifty-four countries of the continent, the production currently covers only 60% of the demand: the increase in production and the development of rice cultivation in the other regions of the continent have therefore become a priority.

In the Congo as everywhere else on the continent, brewing based on locally produced cereals such as rice should make it possible to diversify the raw materials used for production; to expand the cereal supply and consolidate the agricultural sector. The interest of the initiative is explained in the sense that if Brasco is the last actor in the production chain, it is the entire production chain that will benefit.

Economically, the use of rice to brew beer will increase demand and structure the Congolese production sector. On the social level, the benefit for Congolese farmers would be substantial: training of farmers, improvement of their living conditions, increase in agricultural productivity, a factor of attractiveness for investors. So many benefits they could derive from the Brasco project.

This is not Brasco’s first attempt since the start of his activities in Congo almost 70 years ago, the company has shown their willingness to invest in the development of a responsible value chain. by supporting the agricultural ecosystem. With their four sites, nearly a thousand employees and five hundred subcontracting agents spread across all sites, Brasco has become one of the major breeding grounds for private employment in the Congo.

The strategic choice to accelerate the development of a rice sector also testifies to the brewer’s desire to make a long-term commitment to the Congo to help secure the country’s economic future. These are the partners that the country needs to successfully complete its agricultural transition and achieve food self-sufficiency for the well-being of the population.