Congo: Acceleration of the development of local production

Since January even the busiest markets in Brazaville, such as Total have seen a slow down in activities.    Same story in Pointe-Noire where the prices of food products suffered an annual increase of 8.6% in January. Faced with this situation which affects the purchasing power of the Congolese, the initiatives launched by local producers for the acceleration and development of local production has become essential.

Despite its strong agricultural potential, the Republic of Congo now imports nearly 70% of its agricultural food products. Imports whose annual cost is estimated at nearly 700 billion CFA francs, which represented 64.6% of the State budget in 2020. At the same time, the country has been facing food inflation for several months like other countries in sub-Saharan Africa, due to rising oil prices which increase global transport costs. In addition, there are export restrictions put in place by certain countries.

This situation, which is becoming untenable, affects some resellers who are already considering other, more local alternatives. This is explained by Mathilde K., a vegetable seller in Pointe-Noire:

“We are often forced to sell at a loss or see our products rot. The vegetables we receive are sometimes less fresh than before… The solution would be to source from within the country, to call on local suppliers”.

Anticipating this need, the government has adopted reforms aimed at stimulating foreign investment in agricultural areas, such as Niari.

The department of Niari is one of the main beneficiaries of these reforms undertaken by the Congolese authorities with the support of donors such as the World Bank and UNCTAD. Located 160 km from Pointe-Noire, in recent years it has seen the installation of international players such as Agri Resources Group or Tolona, ​​a Spanish company.

Based in Dolisie since 2016 where it manages more than 69,000 hectares of land, Agri Resources Congo, a subsidiary of Agri Resources Group (the agricultural branch of Monaco Resources Group) has invested in the local production of cereals (rice and corn) and vegetable (cabbage, peppers, green onions, pepper, onion).

“Since 2016, we have put our expertise and know-how acquired across our entire network in Africa at the service of the country’s local communities. In the last quarter of 2021, we were able to produce more than 20 tons of vegetables, thanks to our local workforce and our sustainable agricultural practices. The next step is centered on the transformation of these raw materials, technical reinforcements have already taken place and discussions with our strategic sustainable investors are focusing on this essential aspect” explains Frédéric Dalmasie, Chairman and CEO of Agri Resources Group.

The company is in the process of finalizing the construction of a cold room allowing it to eventually store nearly 500 tonnes of fresh vegetables. Thanks to joint development with R-Logistic Congo, the logistics branch of Monaco Resources Group, they ensure the transport while guaranteeing the freshness and quality of the vegetables, and this, from the harvest in the fields of Dolisie to the storage on the stalls of vendors in Pointe-Noire. 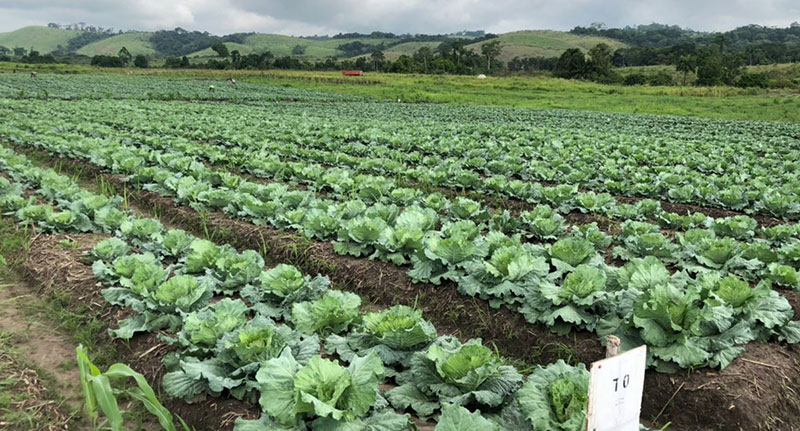 The Tolona group, also present on the banks of the Niari River, has positioned itself in the production of corn and other crops with high added value. The company has also started raising poultry for egg production, in order to supply the local market at reduced prices. These two examples, among many others, illustrate the new dynamic in place, the result of government reforms, which is also trying to support the smallest farmers, as evidenced by the validation on January 18, 2022 of the development support project of Commercial Agriculture (PDAC).

Another government initiative has been to set up a Commercial Agriculture Development Support Project (PDAC) to encourage the development of small-scale agriculture. It is in this spirit that the 2022 PDAC provides two billion CFA francs in subsidies for the mechanization of the productive apparatus of around fifty farmers.

Although there is still a long way to go, the will shown by the government and the means put in place make it possible to envisage a boom in local agricultural production in the coming years. During a meeting held on February 3, 2022, Guyslain Kayembé Ngeleza, the co-manager of the PDAC and Korotoumou Ouattara, the representative of the World Bank, addressed recommendations which could thus boost Congolese agriculture to the Minister of Agriculture. , Livestock and Fishing. The main needs of producers identified were the provision of refrigerated warehouses for the conservation of vegetables and fruits, the construction of silos for the conservation of maize, rural finance, the availability of quality seeds and mechanization.